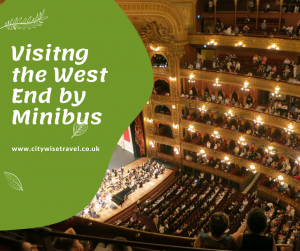 It can be easy for those of us living in Marlow/Maidenhead/High Wycombe and even West London to forget how lucky we are to have the West End on our doorstep. Along with New York, we share the very best the world has to offer in theatre and musicals. I have to admit that I haven’t fully taken advantage of this and have only been a handful of times.

A few weeks ago my mum forwarded an email with an offer from the Evening Standard on tickets for the West End. 25 shows were available with prices of £25 per ticket including fees. Although I was very tempted by Grease and by the Disney shows, as soon as I scrolled down and saw Back To The Future was on the list there was never any doubt about my choice. Funnily enough, I’d just finished re-watching the trilogy with my sons (although it was their first time!).

I remember the last time I saw a Musical which was The Commitments and quite a few years ago. I have very long legs and was on the upper level closest to the barrier. I thought that would be a great seat with a good view and it was but I didn’t anticipate the limited leg room! Be careful if you are going with tall friends! This time though, I was a little further back and had more leg room. Before the show started I was worried about the view but the stage was nice and deep and I could see everything clearly!

The show itself was great, they made really ingenious use of effects to make it seem as if the Delorian really was reaching speeds of 88mph and the cast were all fantastic. They made some slight changes to the storyline, probably necessary to adapt it to a theatre performance but overall it was wonderful.

The only negative was a slight technical glitch in the show. A photo which was meant to be projected onto the stage wouldn’t work! It really didn’t matter too much and the cast did a really good and funny job of ad libbing around the problem. Unfortunately, during the interval they tried to resolve the issue but it ended up delaying the second half by over 30 minutes, in which time my youngest fell asleep! Oh no! He missed the second half after really enjoying the beginning! Well, we’d had a long day in London!

Luckily, as a group of 10, we’d travelled in a 16 seater minibus with CityWise Travel from Bucks/Berks so we weren’t inconvenienced although we would have missed the last train back if we hadn’t booked the bus and that could have messed up our night! What’s more, we pre-booked all the drop offs so getting home was a synch.

Overall, it was a great and inexpensive night out that we’ll remember for a long time! I really enjoyed the whole show and would love to go to another musical soon. So would the boys! Harry Potter and the Cursed Child is definitely top of our list for a future night out!

Have you been to any musicals lately? What are your recommendations? Leave your suggestions in the comments!